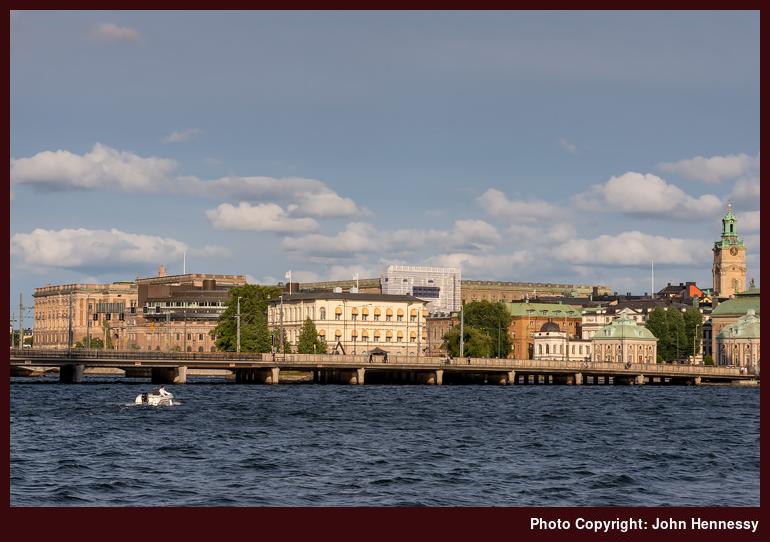 In Swedish, Sweden's parliament is called Rikstaghuset and the country's counterpart to London's Buckingham Palace is the Kungliga Slottet. Though side by side, they in fact are on separate islands: Helgeandsholmen for the parliament and Stadsholmen for the palace. What you above is one of the views from Kungsholmen near the Stadshuset or City Hall. Beyond the Centralbron with is combine rail, road and pedestrian crossings, lies the parliament with its modern glass fronted addition nestling between buildings of greater antiquity. The Royal Place is somewhat obscured with its large square frontage peering above the white buildings in front of it and there is a Swedish flag in view for the beady-eyed too.