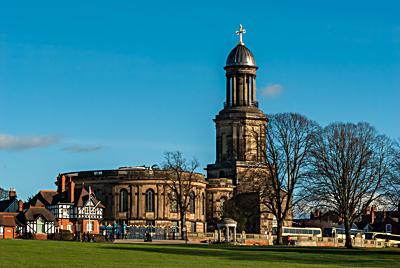 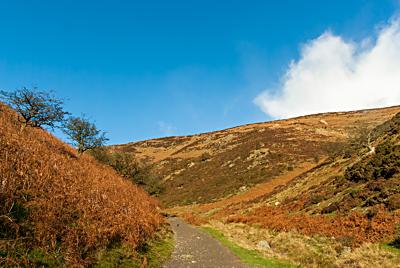 Shropshire is one of those parts of England that I have given as much attention as maybe I should. It took me a while to get to looking around there and, even then, it took the sight of the shapely hills about Church Stretton while en route to Abergavenny and the hills by there to convince me that the county had something to offer. Since then, they have seen me of a few occasions.

It mainly has been the countryside that has drawn me, mainly that around the aforementioned Church Stretton but following parts of the Offa's Dyke Path have drawn me south from Chirk to Oswestry so taking me into Shropshire as I did so and there was another incursion from Knighton too. Shrewsbury's delights haven't been lost on me either and I spent a crisp winter's afternoon around the town and it surprised me with its delights. Maybe another visit would be no bad idea and Oswestry needs another one too.

Other parts of Shropshire as yet untravelled by me include Wenlock Edge and the Stiperstones National Nature Reserve. Then, there's what surrounds Bishop's Castle too. With all this, it's hard to believe that Shropshire keeps such a low profile. The hills may not be high but they are steep-sided so legs will be exercised on any ascent. Transport links are workable too so it's no small wonder that more folk from the West Midlands don't find their way here. Still, having things nice and overlooked is fine just the way it is, for the discerning hill wanderer will find plenty of space for the clearing of a head.